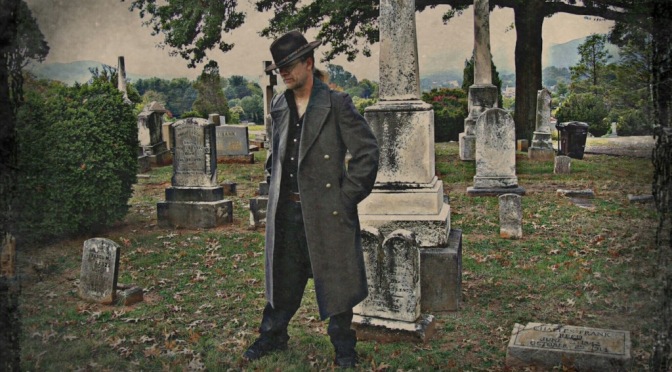 Advocate For The Dead Table Of Contents

Quarter Mile Bridge has a history. It has long surpassed being just a piece of architecture and has become something of legend. Summer Dennings was not the only tragic figure to go off its side. For as long as I can remember, it has been the place to go to if one wanted to kill themselves. The long fall, coupled with the freezing waters below, would ensure the jumper didn’t survive. Even in the days of my own youth, the place held a morbid fascination. One would think that maybe the bridge was cursed, that if it were a living thing, it planted the seeds of death in one’s mind. But it wasn’t a living thing. It wasn’t evil. It was just a bridge. The lover’s leap of our town it may have been, but it was just metal and concrete. Men had made this place the tragic setting it was.     I parked my car at the very edge of the bridge and decided to walk across to the spot I had last seen Summer’s ghost. From where I was, I didn’t see her. She was gone, but I remembered the place where she had stood. In my mind’s eye I could still see her there, frozen in a moment of having something to show me, and yet Deacon and I had been driving away.

I stopped where I believed she had stood. I ran my hand across the railing. Made of steel, it was cold to my touch and I wondered about the night she had jumped. Had her warm hands gripped this railing in the moments before she threw herself over the side? Or was her whole body cold inside by then, devoid of anything relating to joy or happiness?

I looked at the concrete where I stood. Had her feet been planted exactly here? Had she trembled or hesitated the slightest little bit? I imagined her standing there, shaking and trying to make up her mind what to do.

Peering over the edge of the railing, I couldn’t see the cold waters below, but I could hear its quiet flow beneath me, almost lulling me to sleep. I imagined a siren of the sea down there beckoning the unfortunate ones to jump, or a kelpie from the old country luring one to come join her with cries feigning that of a lost baby or helpless child.

I closed my eyes, and could almost feel the open air that one would experience upon leaving that bridge. How far to the bottom? Would you have time to think about what you had done? What waited down there besides the freezing river? Would death immediately envelop you, caress you like a long lost lover, or would it just be sudden blackness?

Before I knew it, I was up on one rung of the railing. I don’t remember stepping there. It was almost automatic. A name left my lips: Lacey. I could end all this misery now. Every piece of guilt I could bring to a close in one movement. A little voice inside my head said jump. My legs shook on the rung. My lips quivered.

Then before I could jump, a last thought came to me, an image I had seen when Summer’s ghost had touched me, a voice I had heard from her gloom. “I want your body,” it had said. Summer had jumped trying to get away from it. I had seen her desperation, seen her jump in that brief glimpse inside her memory. I had watched her disappear over the edge and…wait a minute.

I stepped down from the railing, my mind suddenly alert, no longer thinking of my own shortcomings and guilt. No, it was something to do with Summer. When she had touched me in the car. I’d been inside her spirit and seen what she had seen that night. But something about it was wrong. Something about that glimpse inside was off, and it was trying to tell me the truth.

I turned around and put my back to the railing, trying to remember the vision she gave me with that touch. I had seen her standing on the bridge. The voice had said “I want your body” and then an arm reached out. In her final act, she had thrown herself over the bridge and I watched her fall into the darkness. I played the image over and over, like a video on replay. What wasn’t right with the picture? Maybe if I could look at it from another point of view…

I ran back to the car. This changed everything, this new piece of the puzzle. In the vision I had heard the voice, seen the hand reaching out to take her, followed by her tragic leap. But what did it mean? How could Summer show me this? It was impossible unless….Unless Summer wasn’t Summer at all.

No, that can’t be. Or can it? Had I been duped all along, strung along like a puppet for some unseen purpose? Oh my god, how could I have been so blind? I’ve been leading Summer to all the people to kill. The older brother, the lover Carla, former officer Jacobs. So, who was next? Who was the last person I had contact with? Darnell Dean? No, Sheriff Deacon. Oh Jesus, he was next…

I climbed behind the wheel and started the car. I had to get to Deacon before someone else did. But first, I needed to stop by the house. This was going to take more than a pistol. I was going to need some serious magic.

“Advocate For The Dead ” 2017 Paul D Aronson. All Rights Reserved.

3 thoughts on “Advocate For The Dead Chapter 22: The Bridge”